Somebody Stole My Iron Blog

Some years ago, I was taken to a hospice by a friend, who happened to be doing an errand. I immediately felt that this was the kind of tranquil place where I wanted to spend time. Soon after, I began to volunteer at a local hospice every Saturday afternoon. I did so for four years.

This experience had a strong impact on me, lasting even to the present day. Death – as with birth – is a very special time and I felt privileged to help people, even in small ways, in their last days.

As I was a writer, I thought the views and experiences of hospice staff would make a fascinating book. I had developed a technique, based on the kind of research I did for a living, of creating books formed around the direct views of people acquired by long and intimate interviews. Like a television documentary, it allows people to talk directly to the reader.

I undertook 31 interviews in two hospices with a whole range of staff – nurses, doctors, chaplains, managers and even a very reflective cook. They talked about the many ways in which they tried to make patients’ last days peaceful and meaningful, about the impact of such work on their own lives and, most importantly, about what they gained personally from such work. Like myself, they often used the word ‘privileged’ for being with people at the end of their lives.

The resulting book, Life in a Hospice, was, in my humble view, the best I had ever written – and I anticipated that many people would be keen to read it. It was very well reviewed, there was an article in the Times newspaper about it and it was even Highly Commended by the British Medical Association, despite not being a ‘medical’ book at all. All this was hugely pleasing.

But, alas, the breadth of the readership was very disappointing. The book was bought by many hospices and others working in end of life care, but it never took off with the general public. I quickly realised there were two reasons. First, most people do not have my fascination with end-of-life care and, indeed, avoid thinking about anything to do with death. And, second, the book was much too expensive, the price having been set by its medical publisher.

I couldn’t do anything to overcome the first problem, but I took back the rights to the book and re-launched it as a very inexpensive e-book ($3.75), so that anyone who wants to read it will not be deterred by the price. It is again receiving some good reviews on Amazon. I must admit I have never heard anyone say they were not deeply moved by it. A paperback version is in the works and will be published soon.

My one caveat for this website is that the hospices in my book did not cater for people with Alzheimer’s. I can only say that the attention to the very individual needs of patients would go far when it comes to people with dementia of any kind. 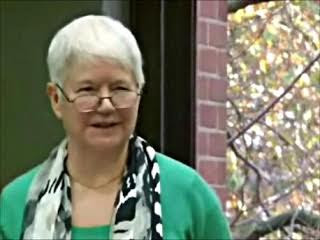 Ann Richardson was a self-employed social researcher for most of her working life and wrote books and articles about her research. But she found that her real love is writing narrative books, in which people’s exact words from interviews form the essence of a book, allowing them to speak very directly to readers. Her other books of this kind are Wise Before their Time, about people with AIDS/HIV, and most recently, Celebrating Grandmothers, about the joys and challenges of being a grandmother.

Purchase Life In A Hospice